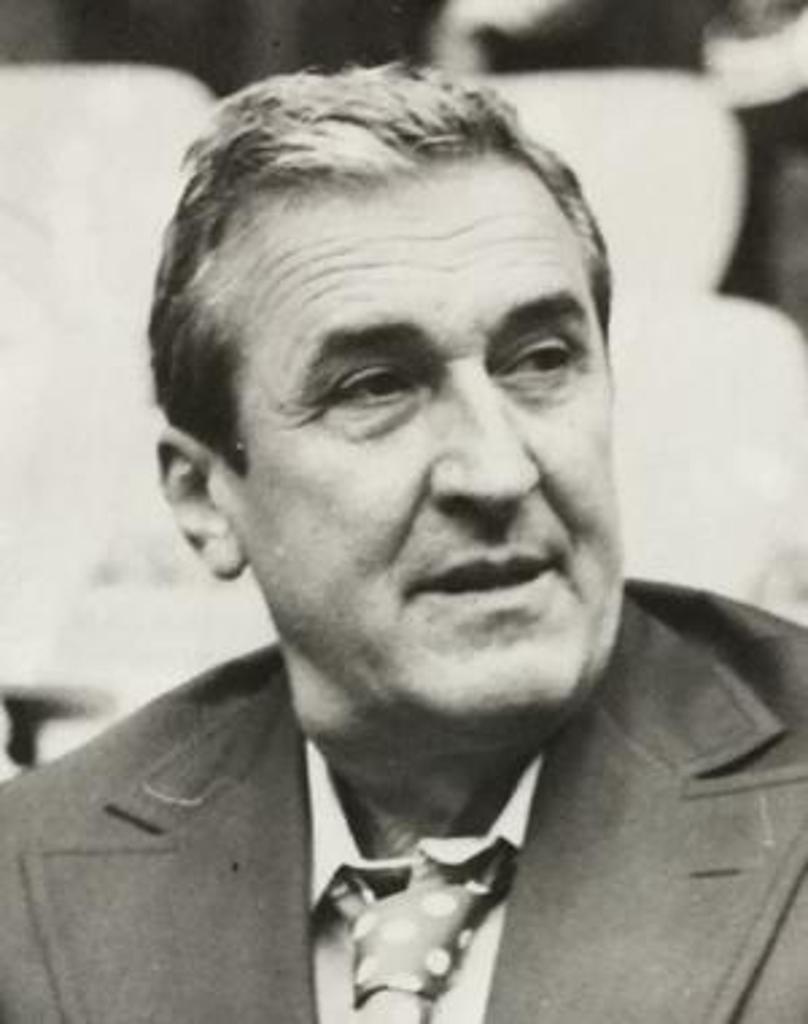 Boris Gyuderov will forever stand as the player all other Bulgarian players will be compared to.  A player embedded in the history of an entire culture and one of the most respected in the world.

Gyuderov grew up in Pernik and started playing volleyball at the age of 20.  He quickly became a leader among his peers through his outstanding athleticism and dedication to the game.

He played professionally in Pernik and was a seven time national champion and European Cup runner up with Minyor. But, it was his performance in the finals of the national championship with Rudnichar in 1948 that attracted the attention of the Bulgarian Federation.  A month later he made his national team debut at the Balkan-Central European Games in Sofia helping Bulgaria to a bronze medal while being nominated as one of the best European players.

He further cemented his role on the national team the following year at the 1949 World Cup leading Bulgaria to another bronze medal finish.

Gyuderov studied the game intently and observed the leading foreign teams closely to constantly strive for improvement.  This work ethic would prove invaluable as Gyuderov grew into the best player in Bulgaria.

He served as national team captain for fifteen years and captain of Minyor for twenty years. He was a selfless leader who consistently put the team before himself.  He helped Bulgaria to success on the world’s biggest stage and was among the best players in the famous five-set Bulgarian victory over the USSR in 1954 in front of more than 25,000 spectators.  To that point the USSR team had not lost for over 100 matches.

Gyuderov participated in three World Championships, five European Championships, and led Bulgaria to the championship of the 1957 IOC demonstration tournament in Sofia for volleyball to become an Olympic sport.  Gyuderov and Bulgaria finished 5th at the 1964 Tokyo Olympic Games.

Wherever he played, Gyuderov captivated spectators with his superb performance and his determination to win.  Though he passed away on May 23, 2001, his legacy lives on through an annual tournament held in his name and in 2010 the citizens of Pernik named the sports hall after him as a living memorial. The International Volleyball Hall of Fame is proud to induct Boris Gyuderov of Bulgaria as part of the Class of 2019 as a Male Indoor Player.