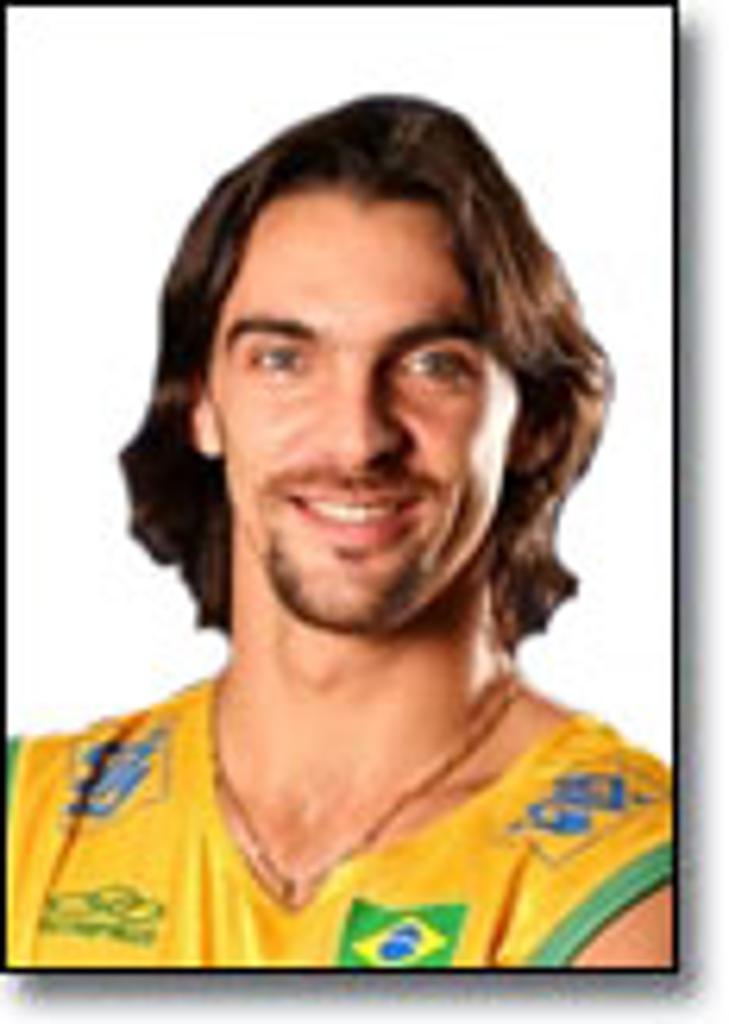 Brazilian Gilberto Godoy Filho stands as one of the best volleyball players to ever play the game, and arguably the most decorated the world over during the early 21st century.

Known the world over as Giba, his place in the history of the sport may never have happened if not for the courage to overcome major odds as a youngster. Giba was diagnosed with leukemia when he was merely 6-months-old. At age 10, he was in a serious accident that damaged his left arm. Neither setback held him back from reaching the stars.

Giba starred for Brazil during its golden era on the court, becoming the leader with exceptional teammates around him. He built a resume that included titles in every major event from the time he debuted internationally with Brazil as an 18-year-old in 1995 to his retirement in 2014.

Giba, a four-time Olympian, led Brazil to the 2004 Olympic Games gold medal in which he was selected most valuable player. He would later go on to win Olympic silver medals in 2008 and 2012. He and Brazil captured gold medals in three consecutive FIVB World Championships in 2002, 2008 and 2010 after narrowly missing the podium in 1998. Giba led Brazil to four medals at the FIVB World Cup, including gold in 2003 and 2007, and bronze in 1995 and 2011.

Giba also shined in the non-Triple Crown events. From 1999 to 2011, Brazil had an incredible run in the FIVB World League with 11 medals in a 12-year span that included eight golds, two silvers and two bronzes. His trophy case also includes three gold medals from the FIVB World Grand Champions Cup, an event he played in four times.

Giba’s club career started in Brazil before taking contracts in Italy and Russia and back to Brazil. In 2006, he helped Bre Banca Lannutti Cuneo to the Italian Cup title where he was named most valuable player.

Just as he battled back from childhood setbacks, Giba overcame physical constraints on the court to amass his 319 international caps for Brazil. At 6-4 or 1.92 meters, he made up for his relatively short stature with physical skills and jumping abilities to play as a dominant wing spiker. Giba’s drive and energetic personality appealed to volleyball fans around the world.

After retiring as a player, Giba turned to giving back to the sport. He was selected as president of the first FIVB Athletes Commission, which was formed in 2016 to serve as a link between the players and the FIVB leadership and governance.

On and off the court, Giba has been a humanitarian for the world. He works with children fighting leukemia much as he did as a youth. He also supports orphans and children suffering from other forms of cancer.

For his charismatic career that spanned four Olympic Games and numerous major international titles, we are proud to induct Gilberto Godoy Filho – Giba  –  into  the International Volleyball Hall of Fame as a male indoor player.