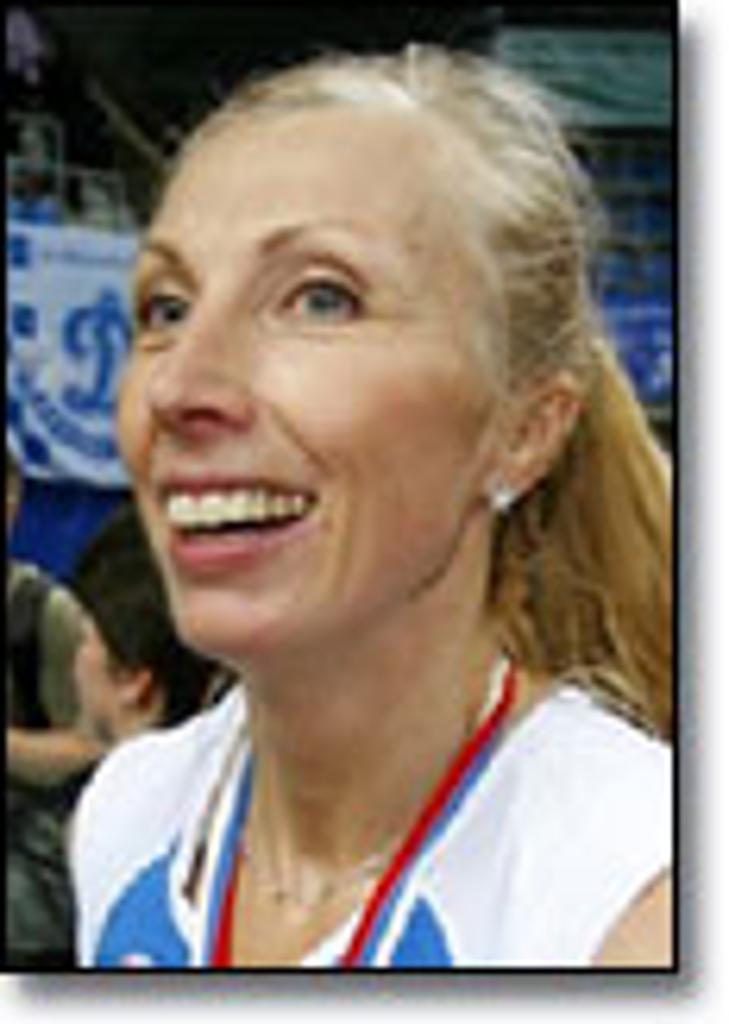 One of the world’s best setters in the 1980’s and 1990’s, Irina Kirillova had golden hands in the golden age of the Soviet Women’s National Team.

Kirillova was introduced to volleyball at age 11 by one of her neighborhood friends.  At age 14, she moved 2,000 miles from her home in Tula to Ekaterinburg where she was trained at Uralochka Sverdlovsk under 2009 International Volleyball Hall of Fame coach, the legendary Nikolay Karpol.

Kirillova quickly found success with her Uralochka club team winning seven national championships in 1981, 1982, 1983, 1986, 1987, 1989 and 1990 propelling her to a career with the Soviet Women’s National Team on volleyball’s grandest stage – the Olympic Games.

She helped lead the Soviet women to a stunning 3-0 straight set defeat of China in the semi-finals of the 1988 Seoul Olympics followed by an incredible five-set comeback win over Peru to secure the Olympic gold medal and her spot in history.

In other major events, Kirillova was named MVP of the 1990 FIVB World Championship in China in which the Soviet Union took home the gold medal.
After the 1988 Seoul Olympics Kirillova retired from the Soviet team and in 1990 began competing for Mladost Zagreb in Croatia helping the team to a championship title in 1991.  She would later go on to get her Croatian citizenship and competed for the Croatian Women’s National Team helping the team to a fourth place finish at the 1995 FIVB World Cup.

Kirillova’s illustrious career included, in addition to the 1988 Olympic Gold Medal, 27 different trophies with the numerous professional clubs she played for in Russia, Croatia, Brazil, and Italy.

But volleyball has influenced more than just Kirillova’s professional life; in 1998 she met her future husband, Italian coach Giovanni Caprara, while she played for Bergamo in Italy.

She followed in her husband’s coaching footsteps serving as his assistant coach when he was at the helm of the Russian team that won gold at the 2006 FIVB World Championship.  Kirillova was later named head coach of the Croatia Women’s National Team in 2011.

​We celebrate Irina Kirillova’s outstanding and dominant career as one of the great setters in the history of the sport by welcoming and recognizing her as a 2017 inductee to the International Volleyball Hall of Fame.