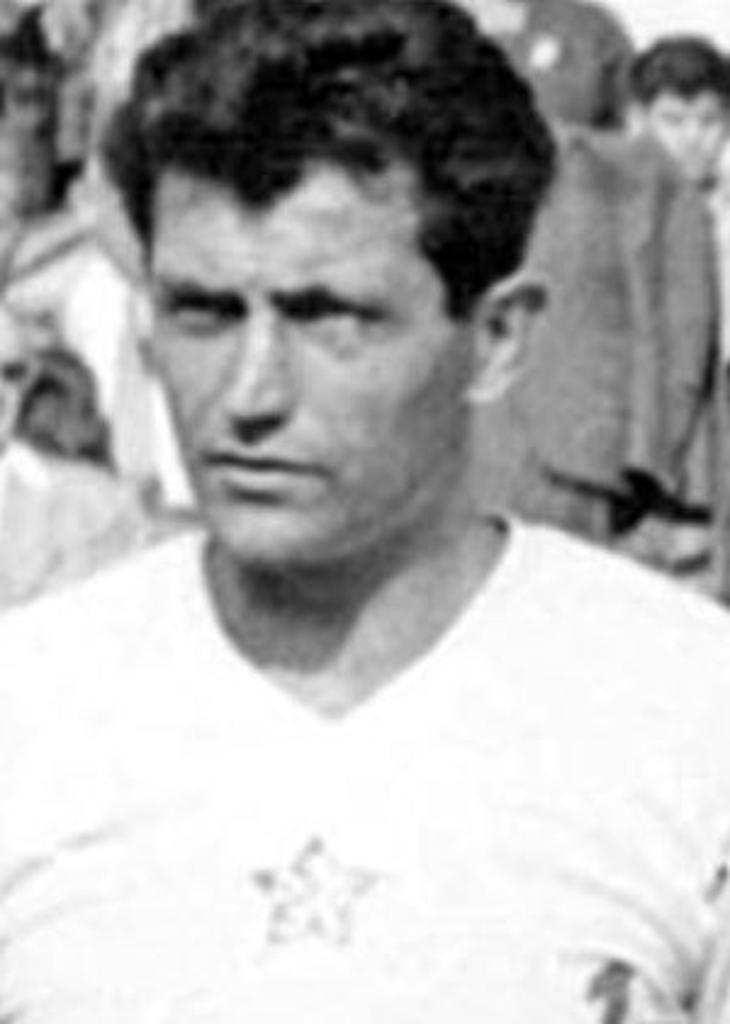 Josef Tesar was a standout leader during the golden era of volleyball in Czechoslovakia.

A native of Velim, a village in the Kolín district of Czechoslovakia, Tesar became acquainted with volleyball at the age of 14 and started playing competitively in 1944 for AFK Kolín winning his first of eleven national titles in 1948 and his last title in 1963 at the age of 36.

Tesar was a member of the Czech National Team from 1947-1959 winning five gold and six silver medals including gold at the 1956 World Championship in Paris and three times at the European Championships in 1948, 1955, and 1958.
He helped lead the Czech team to a 2nd place finish in a demonstration tournament held in Sofia, Bulgaria as part of the International Olympic Committee meeting to include indoor volleyball in the 1964  Olympic Games.  The exhibition was successful and indoor volleyball made its Olympic debut in the Tokyo Games.

Men’s international volleyball was dominated by the powerful USSR volleyball squads of the late 1940’s and early 1950s. And perhaps the two biggest Czech wins occurred at the 1956 World Championships in Paris and subsequently at the 1958 European Championship in Prague over the Soviets.  Tesar – with his thunderous spikes - was the hero of the final match with the Soviets at the European Championship in Prague leading the Czech team to a five set victory.  He was carried off on the shoulders of enthusiastic fans in front of a crowd of 14,000 people.

Tesar retired from the Czech National Team in 1959 following a 2nd place finish at the Tournament of Three Continents held in Paris.  In addition to his long volleyball career, Tesar was a professional soldier for fifty years retiring with the rank of colonel in 1989.

He was among the first inductees enshrined in the Czech Volleyball Federation Hall of Fame in 1999 and was named Czech Republic Meritorious Sports Champion in 2001 as the second best volleyball player of the 20th century – behind 2004 IVHF Inductee Josef Musil.

Josef Tesar passed away on June 29, 2007 but his legacy is still evident beyond just the Czech Republic through the way he played the game with a dominating spirit.  The International Volleyball Hall of Fame is proud to induct Josef Tesar as part of the Class of 2019 as a Male Indoor Player.