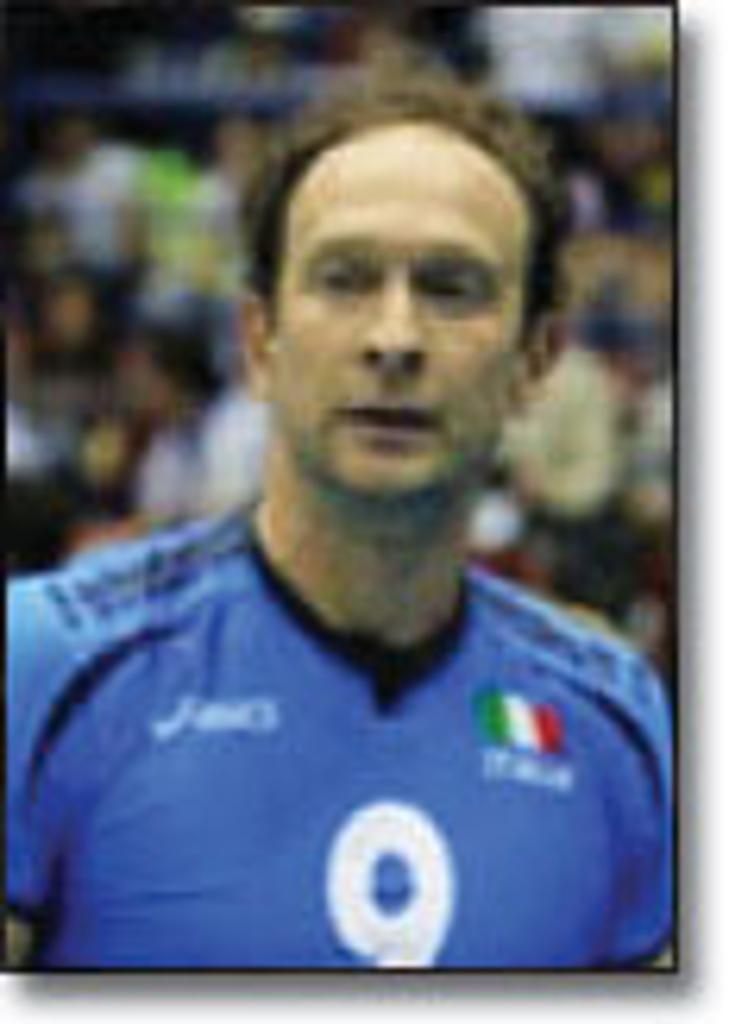 Lorenzo Bernardi is arguably among the best volleyball players ever to play the sport by turning his all-around skills into a key piece of Italy’s success.

Lorenzo, born in 1968, started his long playing career as a setter before switching to become a dominating hitter and passer. His versatility became a special trademark en route to becoming a multi-talented hitter, excellent passer and one of the greatest all-around performers of his era.

Lorenzo competed in three Olympic Games, the first coming in 1988 at the age of 20. However, the ninth-place finish at the Seoul Games was not expected after Italy earned a bronze medal at the 1984 Olympic Games.

Behind Lorenzo’s added experience, Italy regrouped in the following Olympic quadrennial with gold medals at the 1989 European Championship and the 1990 FIVB World Championship. In addition, the Italians claimed the silver medal at the 1989 FIVB World Cup. Lorenzo was named the most valuable player of the 1992 FIVB World League after the Italians won the event for the third time in a row.

With its success leading up to 1992 Olympic Games, Italy was among the favorites to reach the medal podium in Barcelona. Behind Lorenzo’s performance, Italy started the Barcelona Games with four straight Pool A victories before falling to the United States in four sets. During the quarterfinal round, Netherlands topped Italy in a hard-fought five-set match. Italy bounced back with straight sets victories over Spain and Japan to end the 1992 Olympic Games with a fifth-place finish.

During Lorenzo’s final Olympic Games appearance in 1996 in Atlanta, Italy won all five of its Pool B matches in straight sets. Italy continued its success with a four-set victory over Argentina in the quarterfinals, followed by a four-set semifinal victory over Serbia and Montenegro to reach its first-ever Olympic gold-medal match. However, Netherlands battled to a five-set victory leaving Italy with the silver medal, in one of the most memorable Olympic contests in history.

After not playing for Italy in its bronze-medal finish at the 2000 Olympic Games, Lorenzo returned to the team to assist the squad to the silver medal at the 2001 European Championship. Overall, Lorenzo competed 306 times for Italy in international competition. In 2001, Lorenzo was selected as the co-FIVB Volleyball Player of the Century in 2001 along with Volleyball Hall of Fame member Karch Kiraly.

Lorenzo played all but one year in Italy, starting with Padova in the 1984-85 season. After his first year, he signed with Modena where he was a central figure for the club from 1985 to 1990. Lorenzo moved on to Sisley Treviso, where he stayed for over a decade from 1990 to 2002. Lorenzo then played two seasons with Trento from 2002 to 2004, followed by a season with Macerata in 2004-2005. Lorenzo was part of nine Italian League championship teams to cement his legendary status in his home country. After a year playing for Olympiakos Piraeus in Greece during the 2005-2006 season, he returned to play for Verona in the Italian league for the 2005 to 2007 seasons, finishing his playing career with Montichiari in 2006.

During the 2010-2011 season, Lorenzo took over as head coach of the Polish club Jastrzebski Wegiel, leading it to a fourth-place finish in the CEV Champions League.