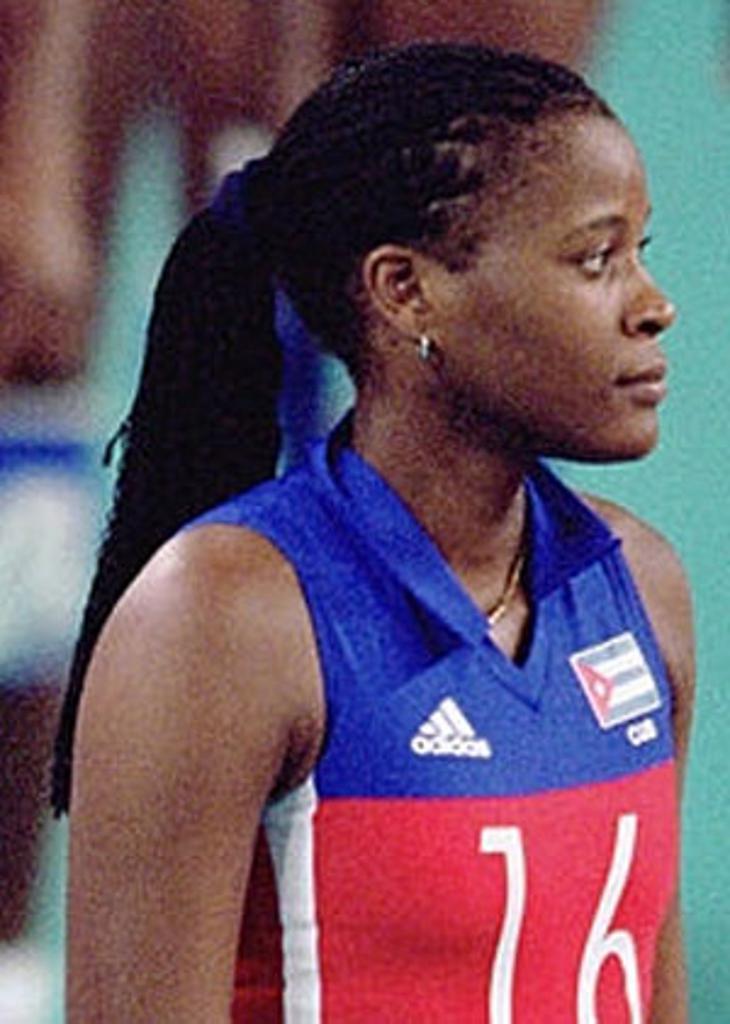 Mirka Francia was an imposing middle blocker on one of the most physically dominating teams of the 1990’s leaving her mark on the history of volleyball in Cuba and throughout the world.

Born in Santa Clara, Cuba, Francia’s connection with volleyball happened by chance.  At the age of nine she accompanied her older sister to a basketball competition where she was invited to try volleyball.  Francia’s aptitude and passion for volleyball was instant and caught the eye of the Cuban Volleyball Federation leading to her being selected to the Cuban Junior National team at the age of 13.  Francia made an immediate impact on the team being named best spiker of most competitions.  At the age of 17 she was named a member of the Cuban National Team.

Trained by 2005 IVHF Inductee and FIVB Coach of the Century Eugenio George, Francia spent much of her career on the Cuban National Team as a middle blocker.

Francia won 19 medals with the Cuban National Team including two Olympic gold medals – at the 1996 Olympics in Atlanta and at the 2000 Olympics in Sydney. She also won the FIVB Volleyball Women's World Championship in 1994 and 1998.

In the 1998-1999 season she played professionally for Romanelli Firenze in the Italian second division before joining Sirio Perugia the following season. It was Italian coach Massimo Barbolini of Perugia that was responsible for developing Francia from a world class middle blocker to a world class all around wing spiker.  Francia won the Italian Championship three times in her career and the Italian Cup two times, along with the Women's CEV Champions League in 2006 and 2008 being awarded "Best Spiker” and the 2007 CEV Cup when she was awarded "Best Scorer".

She played 10 seasons in the Italian League with Perugia before transferring to Turkey’s Eczacıbaşı where she won the "Best Scorer" title for the Champions League regular season in 2009 and the Best Spiker, Best Server and Top Scorer of the 2009 Turkish Championship.

Francia left Cuba following the 2000 Olympics to live in Italy. She acquired Italian citizenship in 2004.  Today Francia is passing on her passion for volleyball as a youth coach in Perugia where she lives with her family.

From a world class middle blocker in her early years to a world class wing spiker later in her career, Francia’s volleyball legacy will live on both in her home country of Cuba and in Italy.   The International Volleyball Hall of Fame is proud to induct Mirka Francia as part of the Class of 2019 as a Female Indoor Player.