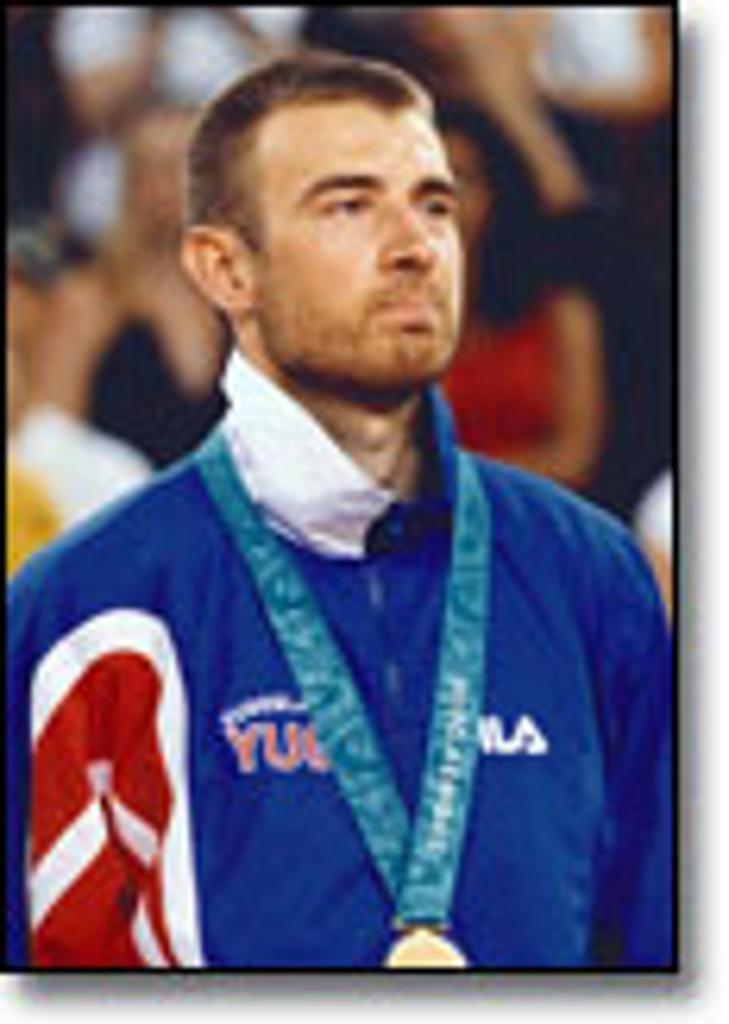 Growing up, Nikola Grbic often followed in his older brother Vladimir’s shadow. Yet Nikola stood out on his own as a setter on the grandest volleyball stages around the world as the brothers created their own shadows of dominance. Today, he joins Vladimir as the first brothers to both be inducted into the International Volleyball Hall of Fame.

Nikola joined the Yugoslavian national team in 1991 at the ripe young age of 18, but his international career was put on hold from 1992 to 1994 due to an international embargo put in place on his country by the United Nations. He continued to craft his career playing club volleyball with Vojvodina Novi Sad as he led the team to three Yugoslavian Championships and one Yugoslavian Cup title.

After the embargo was lifted in 1994, Nikola’s Yugoslavian national team career resumed at a time when he transferred to Italian club team Gabeca Montichiari, which started a 13-year career playing for eight different Italian teams and resulting in eight league titles from 1994 to 2013. Within a year, Yugoslavia quickly became a European power and won bronze at the 1995 European Championship. In 1996, Nikola played in his first of four Olympic Games – and three with his brother Vladimir – leading Yugoslavia to the bronze medal in Atlanta, and re-asserting themselves on the international stage.

Nikola was honored as the European Championship Best Setter in 1997 as Yugoslavia earned the silver medal. He set Yugoslavia to another silver medal at the 1998 FIVB World Championship in Japan, and that put Serbia on a short list of favorites to win Olympic gold at the 2000 Sydney Olympics. However, Yugoslavia needed to overcome early disappointment in Sydney after losing its first two pool matches to Russia and Italy before charging to consecutive victories over the United States, Argentina and Korea to finish third in the preliminaries. Yugoslavia narrowly defeated Netherlands in a thrilling five-set quarterfinal match, then avenged its pool loss to gold-medal favorite Italy with a straight set victory in the semifinals. Yugoslavia went on to capture the 2000 Olympic Games gold-medal with a dominating three-set win over Russia in the finals.

Following his team’s transition to Serbia and Montenegro, Nikola was named the Best Setter at the 2003 FIVB World Cup as his team earned the bronze medal.

Nikola, who served as captain of his national team from 1999 to 2010, also participated in the 2004 Athens Olympic Games as part of Serbia and Montenegro where the team finished fifth. At the 2008 Beijing Olympic Games, Nikola played for Serbia in his final Olympics and first without brother Vladimir by his side. Nikola’s career was not over following Beijing as he helped Serbia win bronze at the 2010 FIVB World Championship in Italy where he was named Best Setter of the tournament.

And throughout his playing career, Nikola’s successes are incredible when understanding the stresses endured through the political climate in his native land and playing under three different country flags – Yugoslavia, Serbia and Montenegro and Serbia.

Only a year out from ending his pro career with Russia’s Zenit Kazan, Nikola agreed to become the head coach of the Serbian men’s national team in February of 2015. After coaching Serbia to the 2015 FIVB World League silver medal, Nikola led his country to the 2016 FIVB World League title by beating 2016 Olympic Games champion Brazil in the finals.

Following a storied international career with four Olympic Games appearances as one of the top setters in the world, we are proud to induct Nikola Grbic into the International Volleyball Hall of Fame as an indoor player.