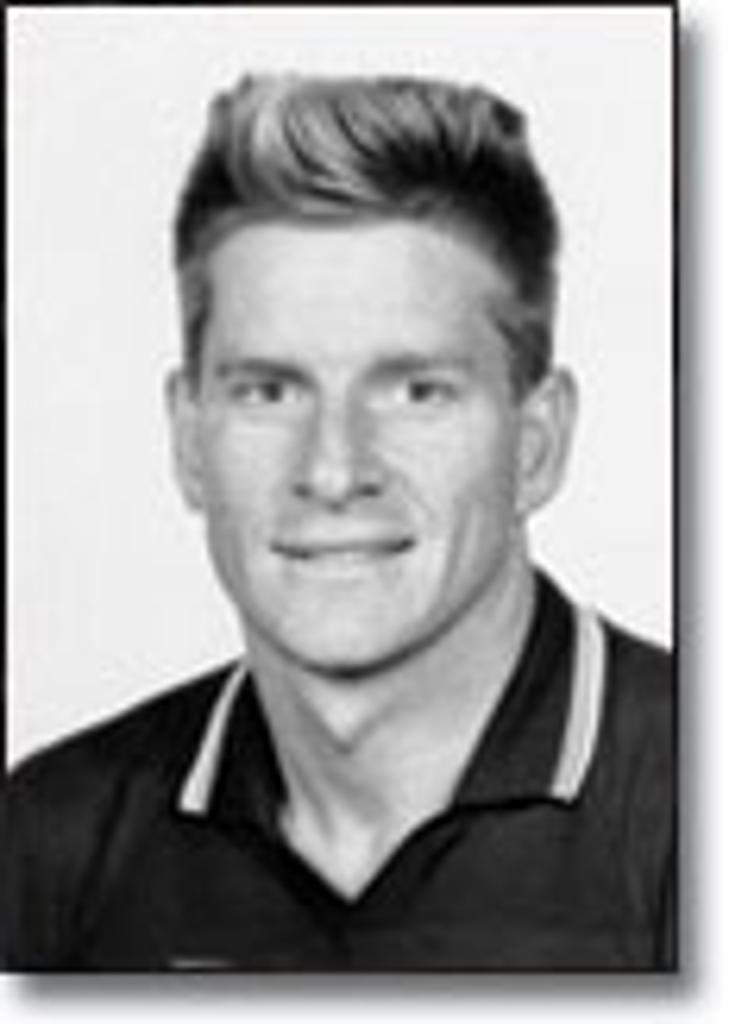 While the flaming red flat top may have made Steve Timmons the most identifiable indoor volleyball player in the world, his awesome power made him a dominating offensive force.

Timmons made a quiet offensive entrance into the internaional volleyball scene, joining the United States Volleyball team in 1983, but he quickly changed forever the way volleyball would be played. Considered a pioneer of back row hitting, Timmons combined that skill with his tremendous front row hitting making him the ultimate offensive weapon. In 1984, the United States Men’s National was assured of a spot in the Olympic Games as a host country, but the US Volleyball Association wanted to do more than just compete.

Although Timmons was not a member of the initial group at the Olympic Training Site in San Diego, he was one of the most welcomed players to the national team, having completed a stellar collegiate career at the University of Southern California. In college, he earned first team All-American honors in 1982, after having been named to the Second Team in 1981. The USC Trojans reached the NCAA Final Four during each of Timmons three campaigns, and won the NCAA title in 1980, with Timmons being named to the NCAA all-tournament team. Timmons had also earned All-Conference Team recognition in 1981 and 1982. In 1984, the United States Men’s Team won it’s first ever Olympic medal; striking Gold in Los Angeles, with Timmons being named the MVP of the Olympics by the Federation Internationale de Volleyball.

His flight to international stardom did not end in Los Angeles for Timmons, as he played with the US Team that completed the sweep of volleyball’s “Triple Crown,” winning the World Cup in 1985 and the World Championships in 1986. Timmons and company also won the 1984 and 1985 USA Cup Gold Medals, the 1987 Savin Cup Gold Medal, the 1985 NORCECA Championship, and the 1987 Pan American Games, as well as the silver at the 1985 FIVB Cup and 1986 Goodwill Games.

In 1988, success followed Timmons and the US Team to the 1988 Olympic Games in Seoul, Korea, where the team won another Olympic Gold Medal. Timmons added more individual honors as he was picked the FIVB’s Best Blocker at the Olympics and was the United States Olympic Committee’s Male Volleyball Player of the Year, as well as being named the winner of the MVP Award at the 1988 Super Four Tournament later in the year.

Timmons left the US Team after Seoul for a brief but successful tour in 1990 with the association of volleyball professionals. He soon returned to the indoor game, however, playing for Il Messagero of Ravenna, Italy, leading the squad to a 24-0 record and a division title in 1990. Behind Timmons, Il Messagero went on to capture the Club World Championship in 1991, and had a second place finish in the Italian League in 1992. But the Olympic venue was always Timmons’ center stage, and he returned to the US Team for the 1992 Games in Barcelona, winning a Bronze Medal to become just the second player to win three Olympic medals. He was also named to the 1992 Olympics All Spectacular Team.