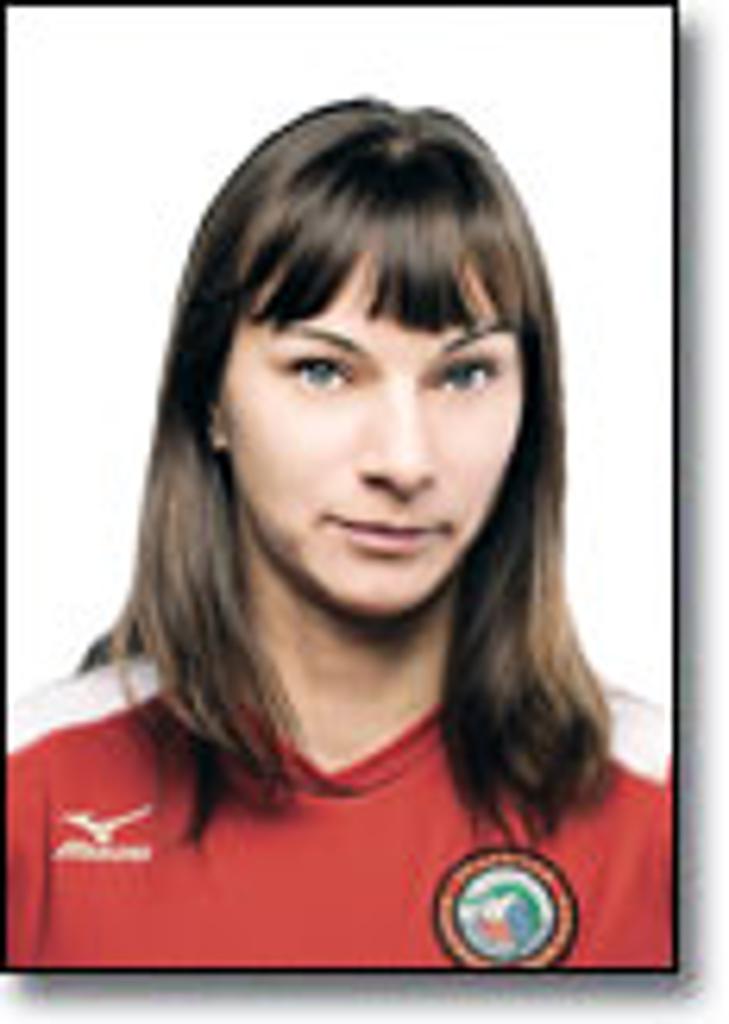 Russia’s Evgeniya Artamonova Estes is a renaissance woman who holds records that may never be broken while having played an illustrious volleyball career around the globe.

Evgeniya was ahead of her time on the volleyball court, not just in skill but at the age in which she took the sport by storm. She made her national team debut in 1991 at the young age of 16 and aided the Soviet Union to bronze at the FIVB World Cup.  One year later she played in her first of six consecutive Olympic Games – the only female indoor volleyball player to have accomplished the feat.

Evgeniya trained under 2009 International Volleyball Hall of Fame coach, the legendary Nikolay Karpol.  Among one of the early lessons Evgeniya learned in her volleyball career was a simple one, “you just can’t go to the Olympics to take part, but rather you should always strive to reach your teams potential.” - and for Russia that meant medals.

Evgeniya helped the Unified Team of the former Soviet Union claim silver in her first Olympics at the 1992 Barcelona Games. She added two more silver medals at the 2000 Sydney Games and 2004 Athens Games. In total, Evgeniya was on the roster for 35 Olympic Games matches.

Among Evgeniya’s other accomplishments include three bronze medals at the FIVB World Championships in 1994, 1998 and 2002 with Russia. She picked up silver at the 1999 FIVB World Cup. Evgeniya collected nine medals in the annual FIVB World Grand Prix, including eight consecutive years from 1996 to 2003. During this eight-year span, Russia won World Grand Prix gold in 1997, 1999 and 2002, along with three silvers and two bronzes.

Russia captured four European Championships with Evgeniya on the roster, starting in 1993 and including 1997, 1999 and 2001.

Her individual honors include most valuable player at the 1997 FIVB World Grand Champions Cup, the 1999 European Championship and the 2002 FIVB World Grand Prix. Evgeniya was also honored as Europe’s top player in 1998.

In her home country, Evgeniya has been recognized with two prestigious honors. She holds the Commander of the Order of Friendship and the Honored Master of Sports of Russia.

With all her proud accomplishments, Evgeniya has for the most part been able to separate her work life and her home life. She has said that her awards and other mementos are at her mother’s home, saying “home is home, and work is work.”

Evgeniya now shares roots in her native country and the United States. She married American Jeri Estes, who spent 12 years in Russia as a coach for her club team and the Russia National Team. Jeri was also an assistant coach for the U.S. Women’s National Team at the 2000 Olympic Games. The couple now resides in the United States where they own The Volleyball Factory, which provides volleyball training, instruction and evaluation in the Los Angeles area.

For her legendary and lengthy career playing at the highest levels, we are proud to induct Evgeniya Artamonova Estes into the International Volleyball Hall of Fame as a female indoor player.