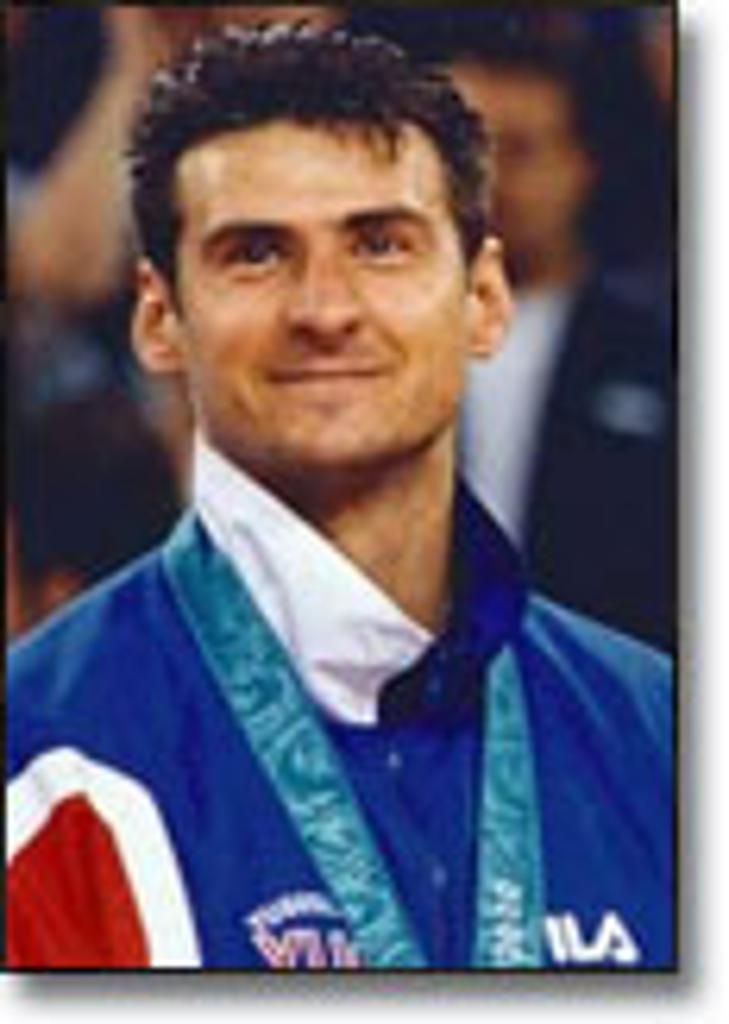 Vladimir Grbić was known for his powerful attacks and precision passing on the volleyball court, but was a true sportsman representing Yugoslavia and then Serbia with the highest of moral standards and his exceptional character.

Vladimir played in three Olympic Games starting with the 1996 Atlanta Games at the age of 25. After a 2-2 record in Pool B at the 1996 Olympics, Vladimir and Yugoslavia won an exciting five-set match over Brazil in the quarterfinal round. However, Italy stopped Yugoslavia in four sets in the semifinals. Yugoslavia came back to win the bronze medal with a four-set win over Russia.

On the heels of his country’s first-ever Olympic medal, Vladimir led Yugoslavia back into the Olympics during the 2000 Sydney Games, which showed the resiliency and toughness of a squad coming back from early disappointment. Yugoslavia lost its first two pool matches to Russia and Italy before taking victories over the United States, Argentina and Korea to finish third in the group. Yugoslavia narrowly defeated Netherlands in a five-set quarterfinal match, then avenged its pool loss to gold-medal favorite Italy with a straight set victory in the semifinals. Yugoslavia captured the 2000 Olympic Games gold-medal with a three-set win over Russia in the title match. During the gold-medal match, Vladimir produced one the greatest signature plays of all time by jumping over the court barrier system to retrieve the ball, then came back onto the court in time to block a Russia attack with Yugoslavia leading 15-12 in the third set.

Vladimir played in a total of 242 matches for his National Team until his retirement in 2009 at the age of 38.

Along with his National Team experience, Vladimir played professional club volleyball in seven different countries from 1990 to 2009. He competed for Zagreb and Novi Sad in his home country from 1990 to 1992 before venturing to Italy to play for Padova and Cuneo from 1992 to 1997. Vladimir traveled further from his home for the 1997-98 club season to play for Sao Paulo in Brazil prior to returning to Italy to play for Roma Volley from 1998 to 2001. He played consecutive one-year tenures with Japan’s Osaka Blazers, Greece’s PAOK and Russia’s Dynamo Moscow – all dominant teams in their leagues. Vladimir played for Italy’s Latina from 2004 to 2007 before concluding his club career with Turkey’s Fenerbahce Istanbul from 2007 to 2009.

The Yugoslavia Olympic Committee declared Vladimir as its best Sportsman of the Year in 1996 and 2000. He also received the Golden Badge in 1999 and 2000 as Yugoslavia’s best athlete. In 2006, the Association of Serbian National Team Players presented Vladimir with the “Fair Play” award.

Vladimir was selected to the FIVB Development Commission during the FIVB Congress held in 2006. He became the first-ever active player to serve on the FIVB Commission. Vladimir currently serves as vice-president of the Volleyball Federation of Serbia.

Volleyball is a family affair for Vladimir as his father Milos was a former member of the National Team and his brother Nikola is a current member of the team. Vladimir and Nikola played together at the 2000 and 2004 Olympic Games.