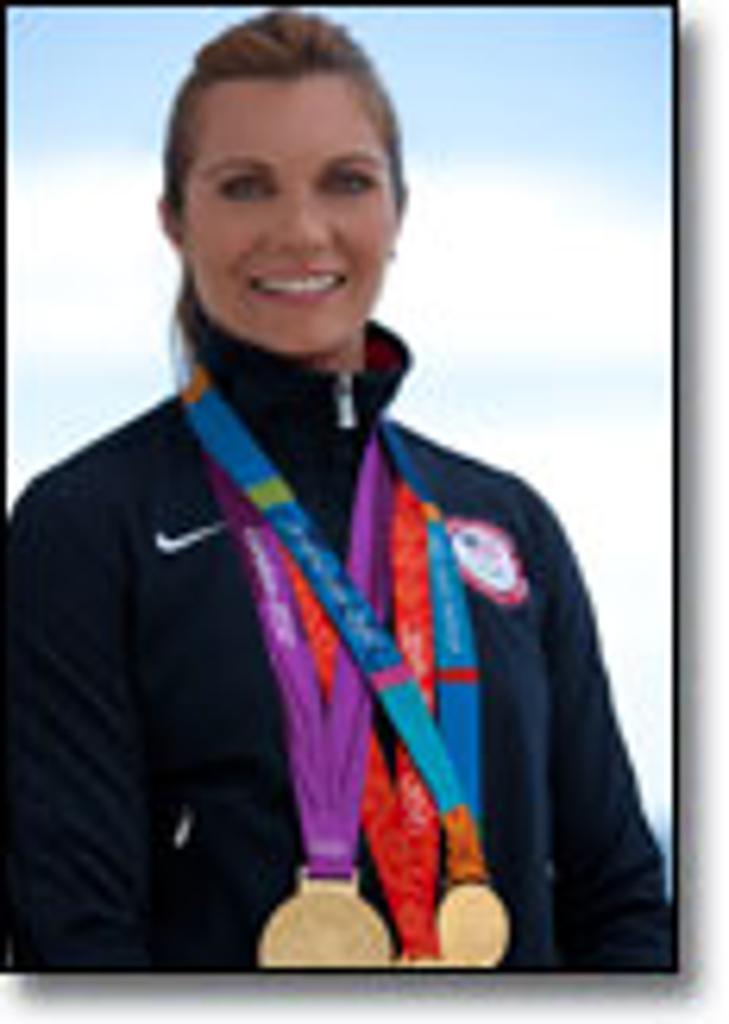 For over a dozen years Misty May-Treanor was dominant as well as versatile playing on the beaches of the United States and around the world, setting the loftiest of standards along the way. But she had to make a career-defining change to really blossom on the sand.

Although only 5-foot 9-inches, Misty was a powerful force on the court – in both the indoor and beach game. Upon finishing her stellar collegiate indoor career at Long Beach State University in 1998, Misty joined the U.S. Women’s National Indoor Volleyball Team as a setter. But after a few months, she made the decision to focus on playing beach volleyball.

Even before turning pro on the beach, Misty exhibited she would be a force somehow in volleyball. While playing indoors for Long Beach State, she was named American Volleyball Coaches Association Player of the Year in 1997 and 1998, the second time after leading the 49ers to an undefeated season and NCAA championship. Misty concluded her career by winning the 1997-98 Honda-Broderick Cup as the best female collegiate athlete in all sports in the USA.

Misty partnered with Holly McPeak starting in 1999 and had varied results the first year. However, the pair had a breakout season in 2000 with three titles and four silvers in 11 FIVB events heading into the 2000 Olympic Games. The pair advanced to the Sydney Games quarterfinals before being eliminated and finishing tied for fifth place.

After the 2000 Olympics, Misty would then partner with Kerri Walsh Jennings, who had just finished competing in the Sydney Games with the U.S. Women’s Indoor Volleyball Team. The duo would go on to win an unprecedented three Olympic Games gold medals – all in succession, a feat never before accomplished. They are often referred to as the greatest female beach volleyball pair ever.

Misty and Kerri absolutely dominated in three consecutive Olympics. They won 21 consecutive Olympic matches and lost only one set during all of the 2004 Athens Games, 2008 Beijing Games and 2012 London Games. If three Olympic gold medals wasn’t enough, Misty was named the Most Outstanding Player of both the 2004 and 2008 Olympic Games.

Misty’s success wasn’t limited to just the Olympics. She and Kerri won three straight FIVB World Championships in 2005, 2007 and 2009. At one point, Misty and Kerri won 112 consecutive beach matches and 19 straight tournaments. The run began in June 2007, included the 2008 Olympics and ended in 2009 during an AVP event in which they finished second.

Misty finished her career with then-records of 112 tournament wins, including 43 international titles, and over $2.1 million in earnings.

With three gold medals in four Olympic Games creating her legendary status, we are proud to induct Misty May-Treanor into the International Volleyball Hall of Fame as a beach player.